Eliza Badoiu is a great artist who has participated in many international exhibitions. She has won prestigious awards and she’s considered one of the major mobile artists.

She has her roots in Greece but lives in Romania. She has participated in group and solo exhibition since 2015. Her works have been exhibited in England, France, Italy, Portugal, Hungary, Latin America, California and Canada. She took part as a juror in “The Beauty Myth” Exhibition, a large art exhibition of mobile artists in Milan (May 2018).

Usually they are portraits and often they are in B&W.
1) What is the reason for choosing to work around this artistic genre?
It’s all so true that I basically perform all of my artsy digital self portraits in monochrome as I feel that my work and the emotion generated within the frame can be better and easily associated with the primarily of BnW. I suppose it is by the monochrome effective filters that I somehow manage to transmit the moody atmosphere of the female psyche . I guess perceiving time as a recollection of memories and instants in bnw is what drives me towards it , indeed.
2) What inspires you when you work on an image?
Inspiration is such a subtle word and concept that I don’t have one single, definite answer in relation to this question . Sometimes it is the frame inside that moves freely and it recomposes by its own wish , sometimes it is my stubbornness of acquiring a certain something that really shapes the final cut of the image . The major thing that sticks with me during the process is myself and the mood I deal with while working . It can be an emotion , a frustration I happen to have or simply the beauty that the moment both accidentally and so intentionally brings at times .
3) How does your creative process usually proceed?
I always start from shooting a self portrait image. And after it the editing proceedings settle in , having infinite, also potentially innumerable perspectives . I happen to work with different approaches on the same shot and then find it really difficult to decide which is the best idea of the initial shot . That’s why the feedback received in the virtual online social media really helps .
4) Are there artists in the art world in general that inspire you?
There are tons of artists whose works I really appreciate and can be inspirational to my eye , specially from the mobile phone community , but each and every of them deal with the uniqueness of their own style, so it would be rather difficult to just name a few. I am
Fortunate to be part of this enormously talented community , that’s al that matters sharing emotions and vibes and tons of images rather than sharing names .
5) What do you think of the controversy concerning advertising and fashion that is accused of using the female body as “an object”?
Fashion can be simply associated with the idea of being marketed for sales and at times the female body is a good and profitable image to be sold and offered to the viewer, as it’s a subject that attracts and created awareness , not always in the best of ways .
I do not agree with the idea of presenting the female body as an object but in today’s society there are women who strive for the idea of selling because of their appearance and body features , so I would be quite in between in placing the blame on the society and fashion which trends this idea or on women themself looking for celebrity this way . It’s only a matter of choice and serene logic the way you choose to display your body with and to others’ attention as long as you really feel that you belong in that area/field. For me the female body has other valence and virtues than selling a product . However it can acquire a certain mood and emotion- therefore becoming more than just a tool- male or female be it .
6) Your portraits are always inspired and very creative.  Have you ever worked in the fashion field?
I have never worked in fashion but I love certain common sense aspects of being influenced , rather inspired by fashion, not as an industry but as a form of a somewhat artistic  vehicle . Fashion can generate emotion and numerous levels of interpreting common things . I love the semiotics presented in a good editorial. I grew up with following CK’s famous campaigns on fragrances and jeans and underwear  under the famous era of the 90’s supermodels as well as the iconic Guess ideal of feminine beauty and there is where I belong when talking fashion , back in the 90’s idea of beauty.
7) What would you think about Mobile Art?
What was the evolution of this art form from 2010 to today?
I have been operating on mobile since 2014 and it has been a massively huge development in terms of evolutive perspective about this form of artistic expression . I am
Sure it will only go bigger and beyond with the latest technology and improvements regarding camera resolutions and apps . So I’ll always be in for it !
8) Can I ask you what are your future projects?
I would  love start putting another book of images together and have my works exhibited in a show of my own , solely … and I am working to make it happen . Otherwise, I follow whichever collaborations happen to jump my way via the virtual world , online publications and being featured in online magazines . I wish I had become better and more professional in printing my own works or gaining more knowledge towards different media; having my works printed and just play around and maybe creating around the idea of digital collage out of some works. 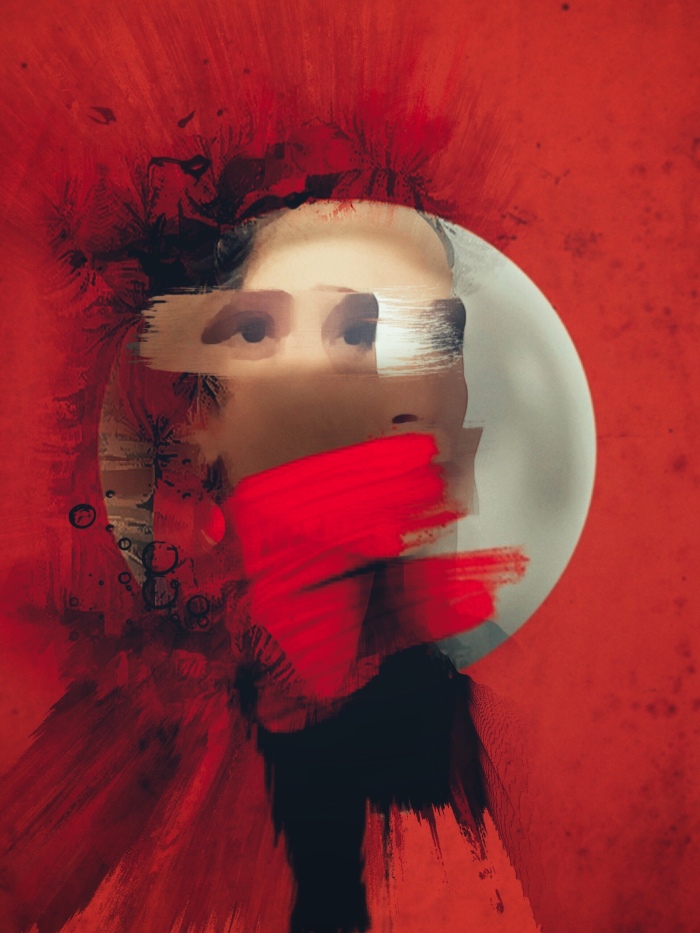 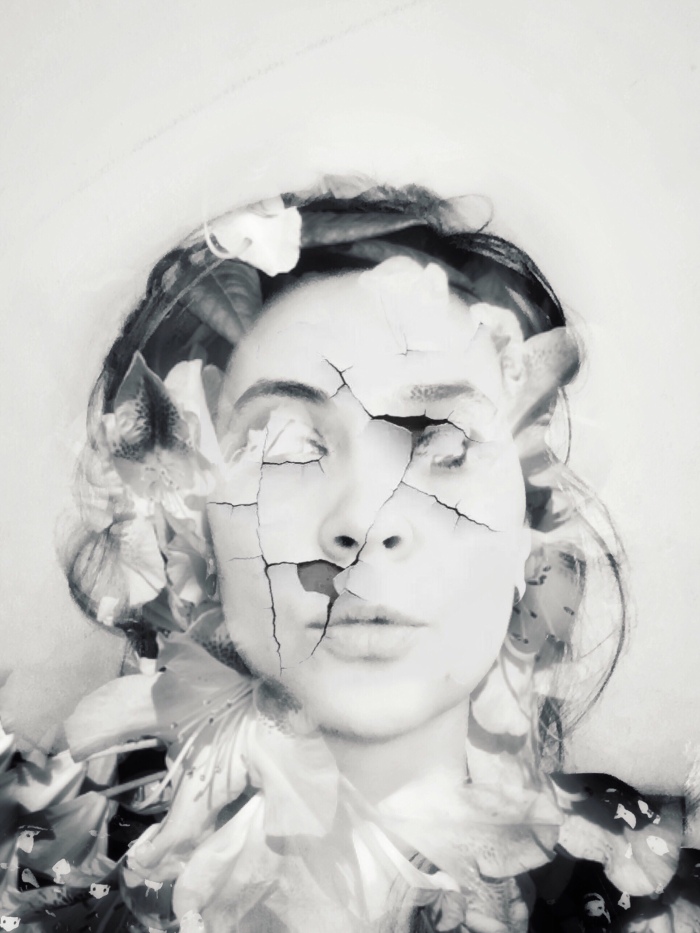 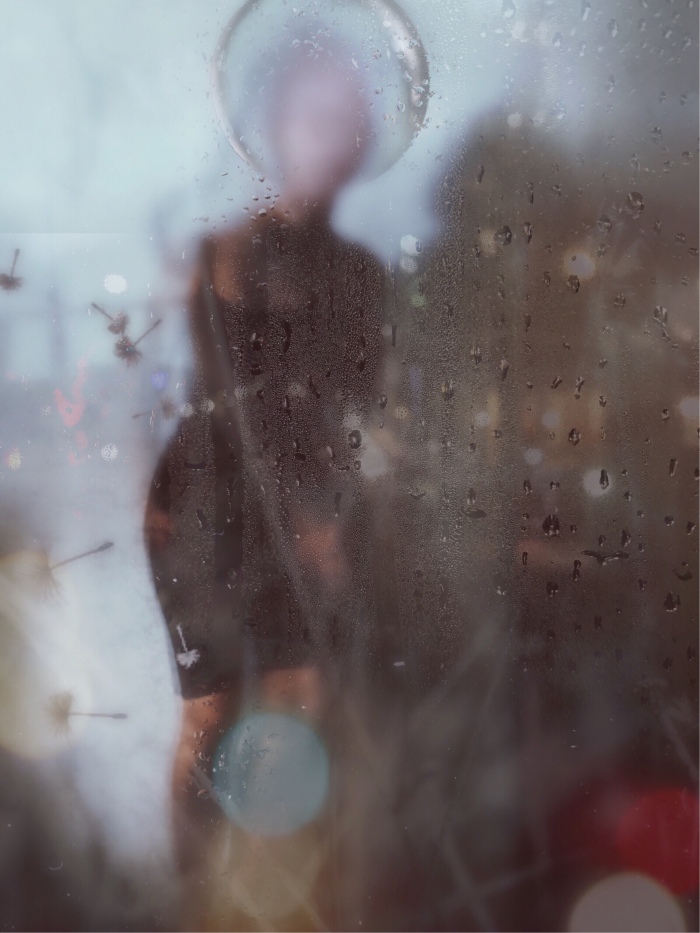 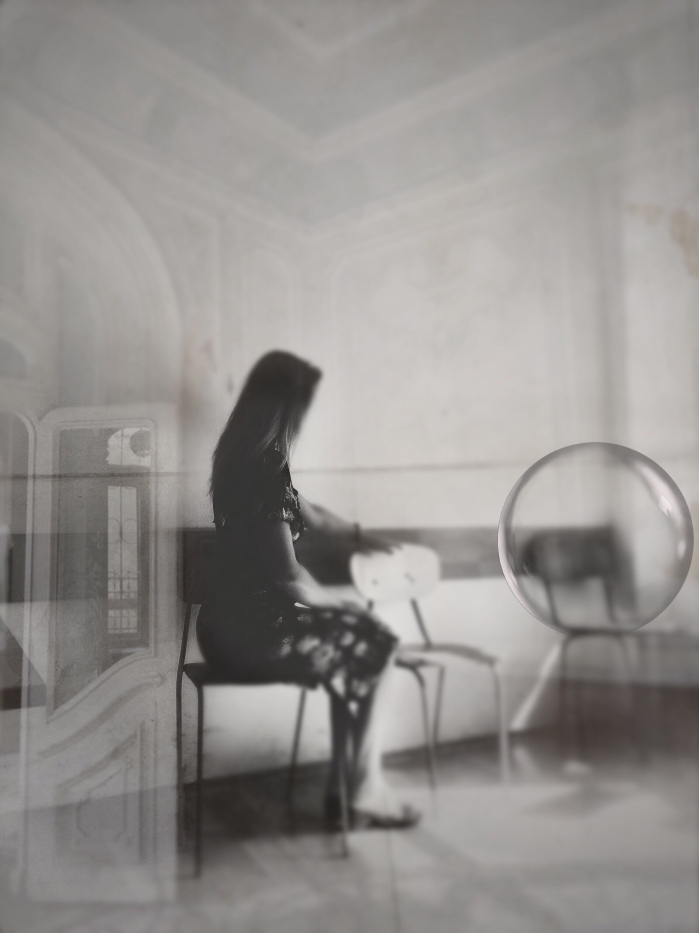 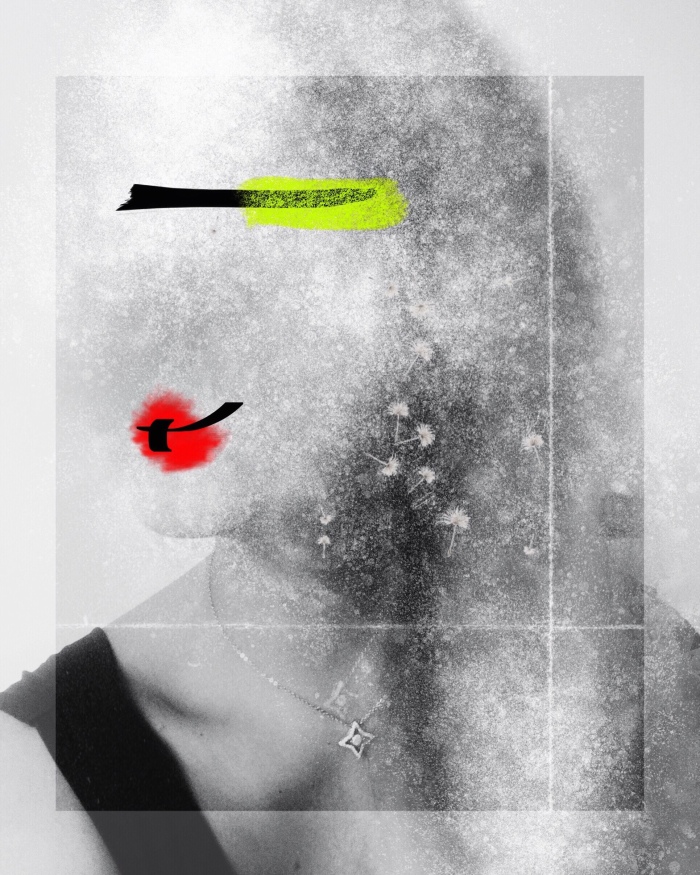 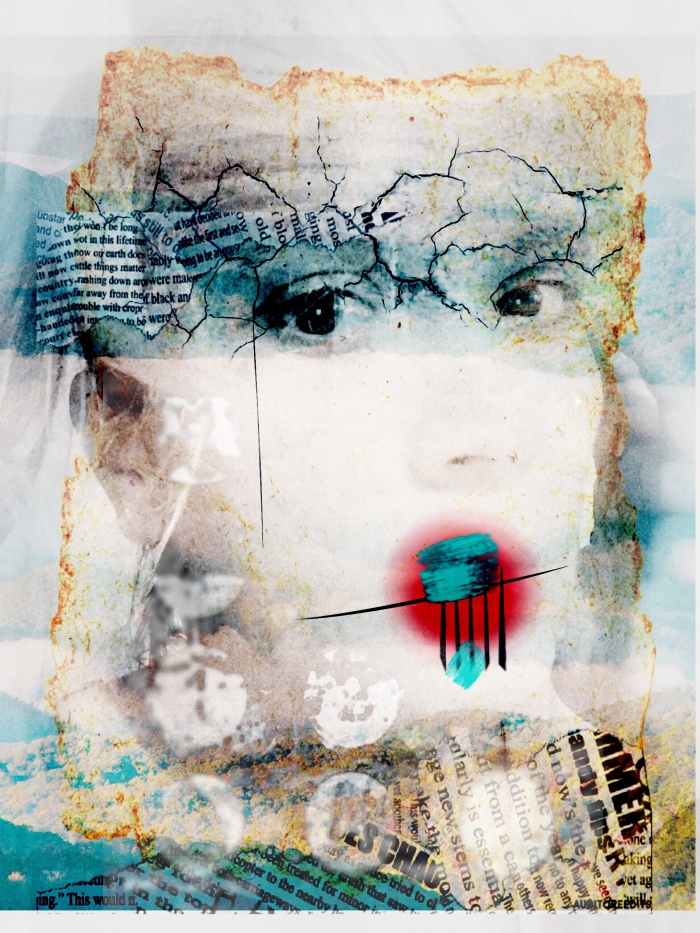 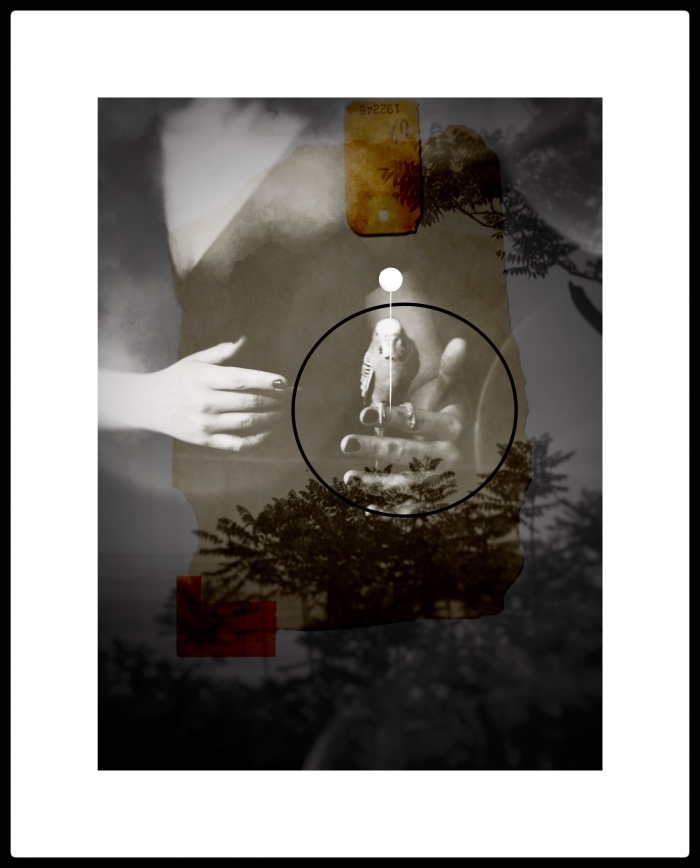 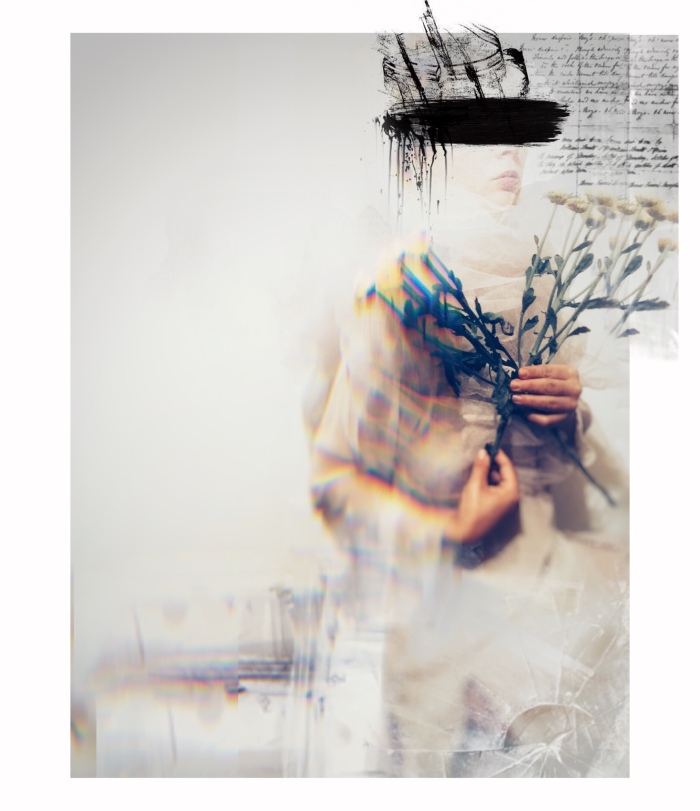 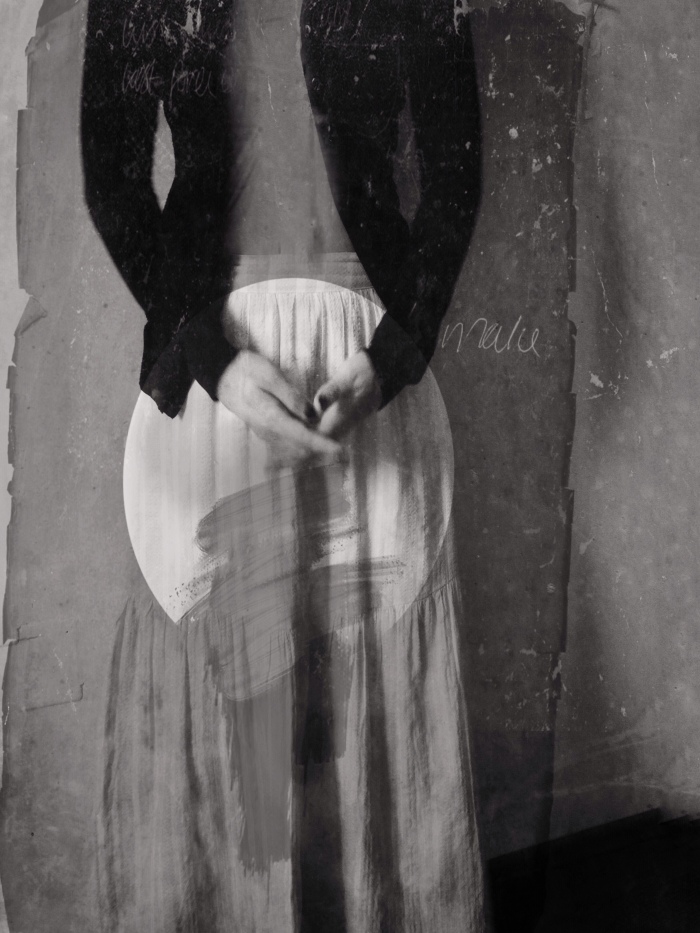 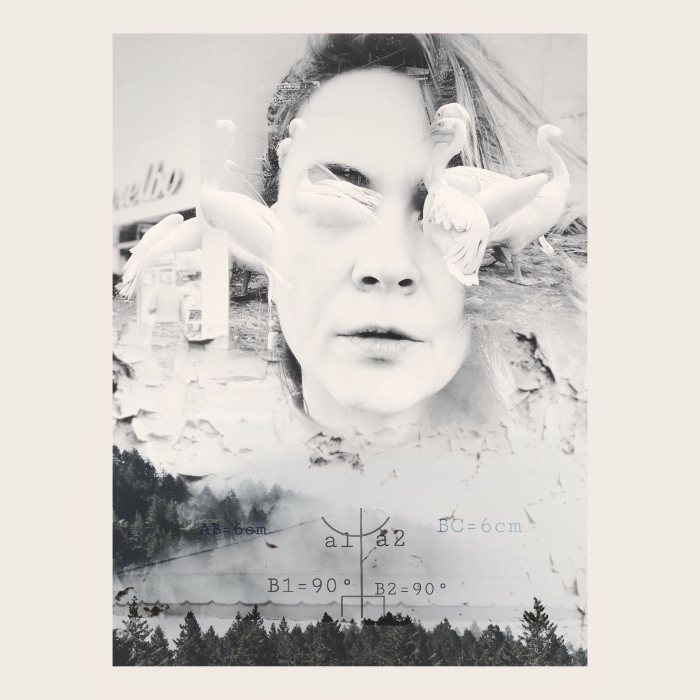 Giulia Baita lives on a beautiful island in the Mediterranean called “Sardinia”. She has a degree in History of Contemporary Art and she is passionate about painting and drawing. She is a high exponent of Mobile Art and she participated in many international exhibitions like “Light impressions” (two years in Miami) , Mobile Award Mira” (Porto) and mDAC 2017 (Palo Alto). She also showed some of her photos in two Art Exhibition in her city, Cagliari. She has collaborate with the jazz composer Marco Testoni about some projects which combined music and art. A video with her pictures was shown in Rome during a concert by Marco Testoni and the Pollock Project group and it always accompanies their concerts. Other videos (exclusively made with iPhone) were selected and shown at festivals such as MoMo Festival, International Mobile Film Festival, Woman’s Mobile FilmFestival, Los Angels Film Festival. In March 2017 she founded MAG MobileArtGroup Facebook, MAG Instagram and MAG Twitter. MAG wants to stimulate and promote Mobile Art as a new contemporary art form. In March 2018 Giulia Baita organized an exhibition in Cagliari with images of artists from around the world. It called "Mobile Art From All Over The World" and it featured the work of 29 artists (including her). Subsequently she has created a book - catalog of the Exhibition. Accounts: https://m.facebook.com/profile.php?id=100000201756899 http://www.eyeem.com/giuliabaita https://www.flickr.com/photos/95910832@N04/ https://mobile.twitter.com/account https://www.instagram.com/giuliabaita/ https://vimeo.com/162133859 Mostra tutti gli articoli di Giulia Baita